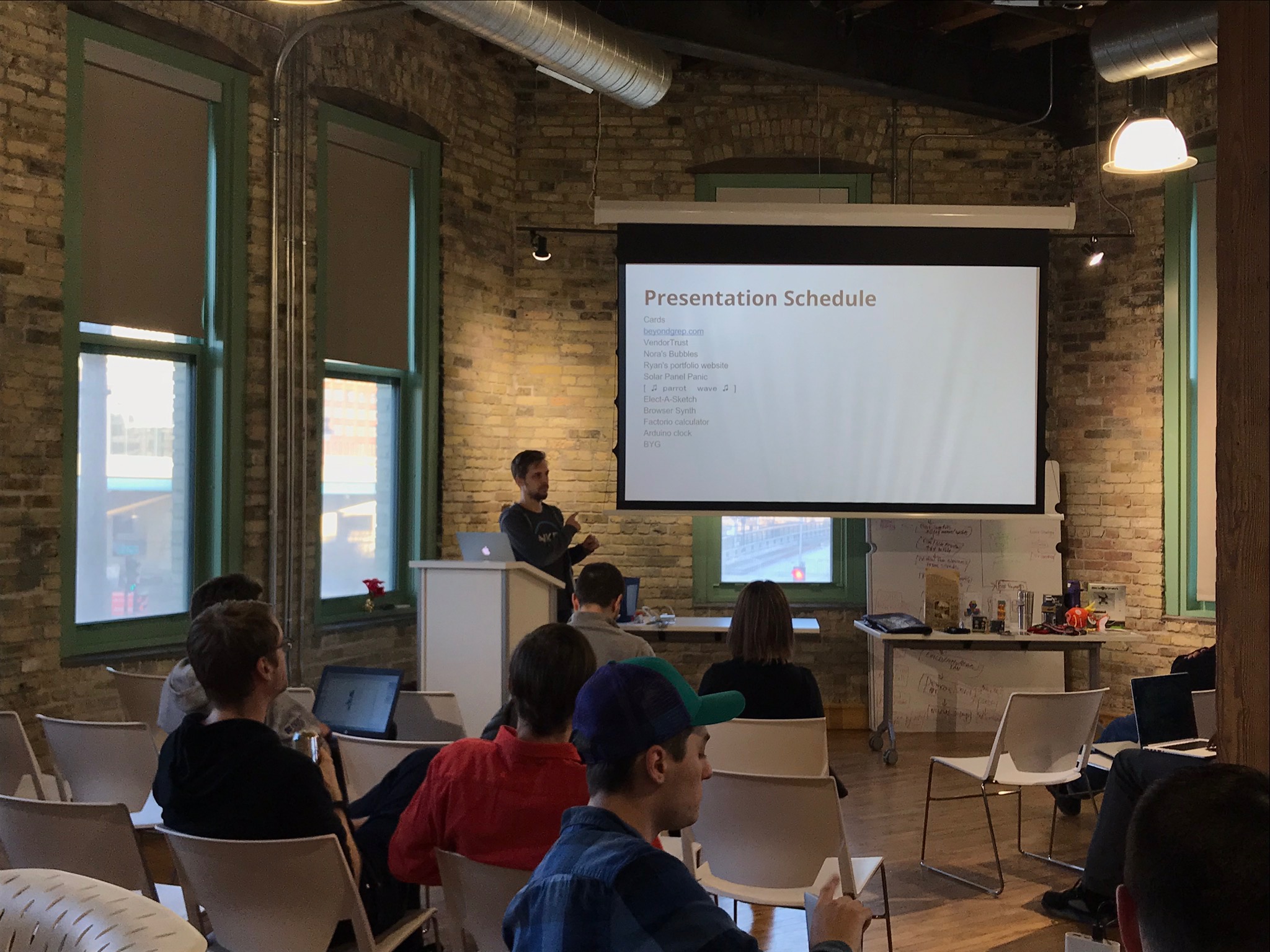 It was a brisk winter day on January 27th, 2018 when a pioneering group of programmers, designers, and makers decided to make awesome stuff at the 14th RokkinCat Hack & Tell. From 9am to 5pm, more than 15 different projects were built between 75 people. The projects varied widely in scope and domain - people made video games, turned gifs into music, built Arduino applications, and more.

The event was held in the beautiful Ward4 co-working space, who were generous enough to let us hang out in their space all day. Even better, they have already confirmed that they are willing to let us have our next three Hack & Tells there!

The next Hack & Tell dates are:

Here are a few of the projects that got worked on: 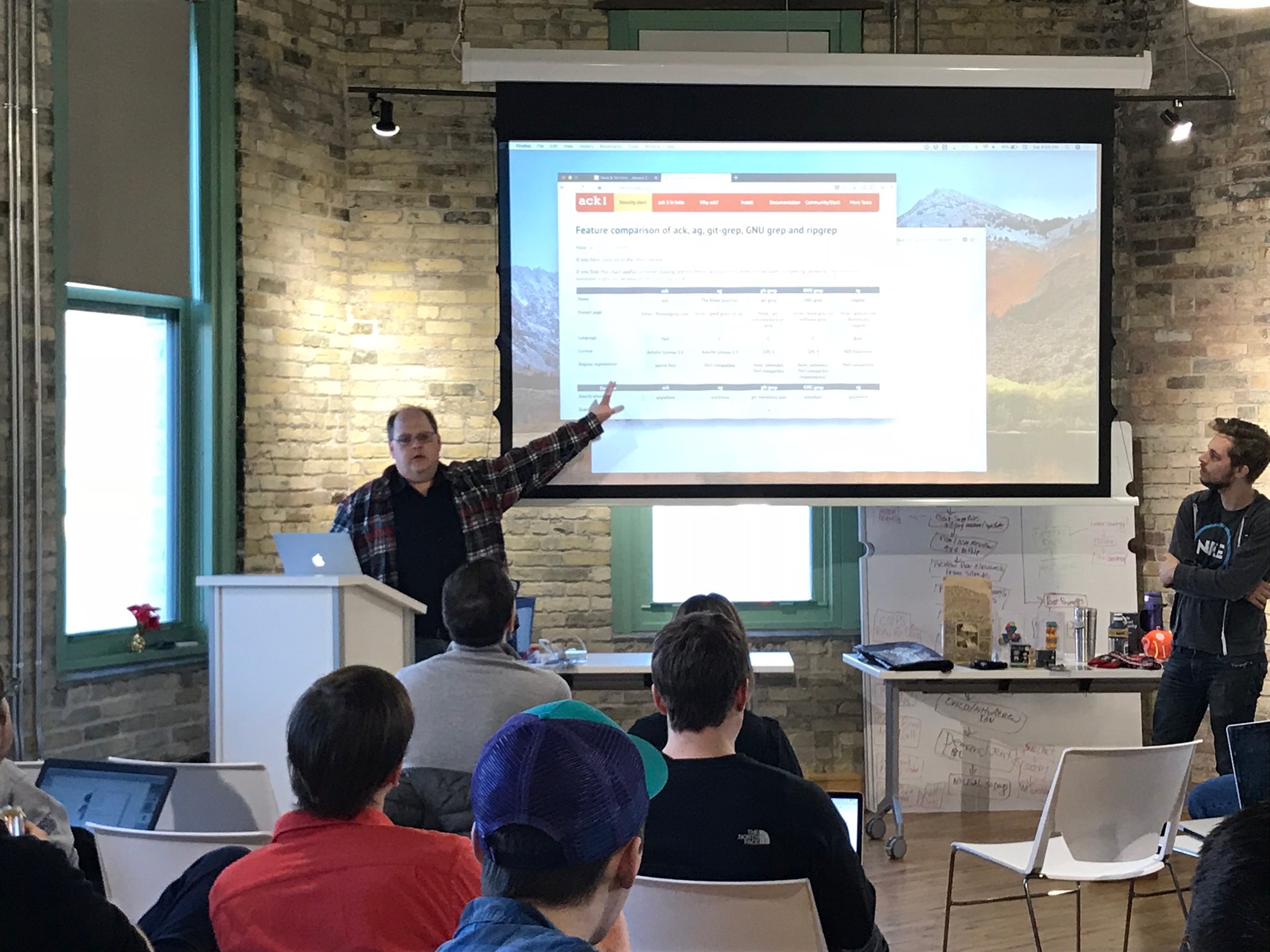 beyondgrep.com was made by Andy Lester 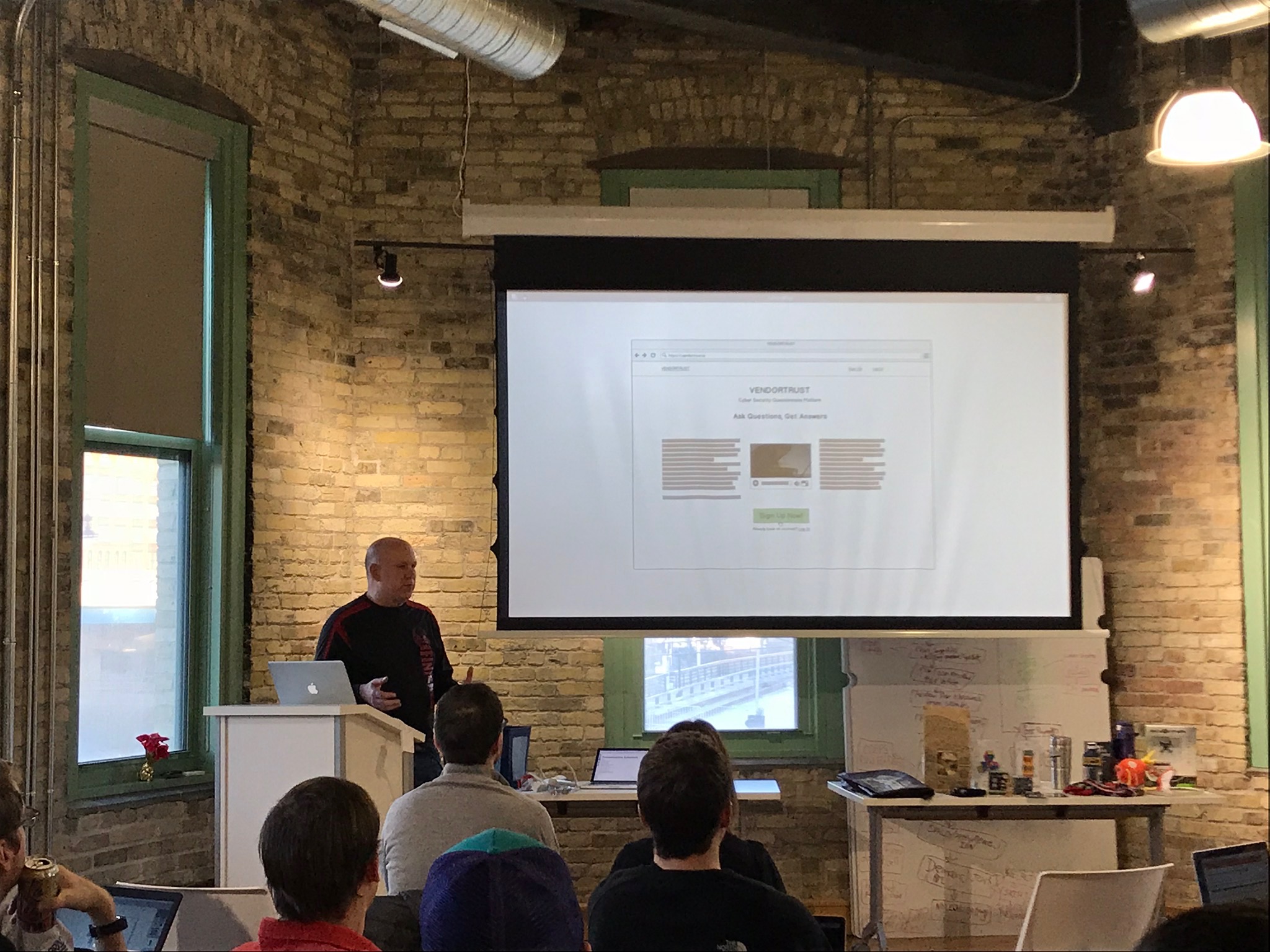 VendorTrust sends questionnaires from businesses to their vendors.

VendorTrust was made by Clint Laskowski 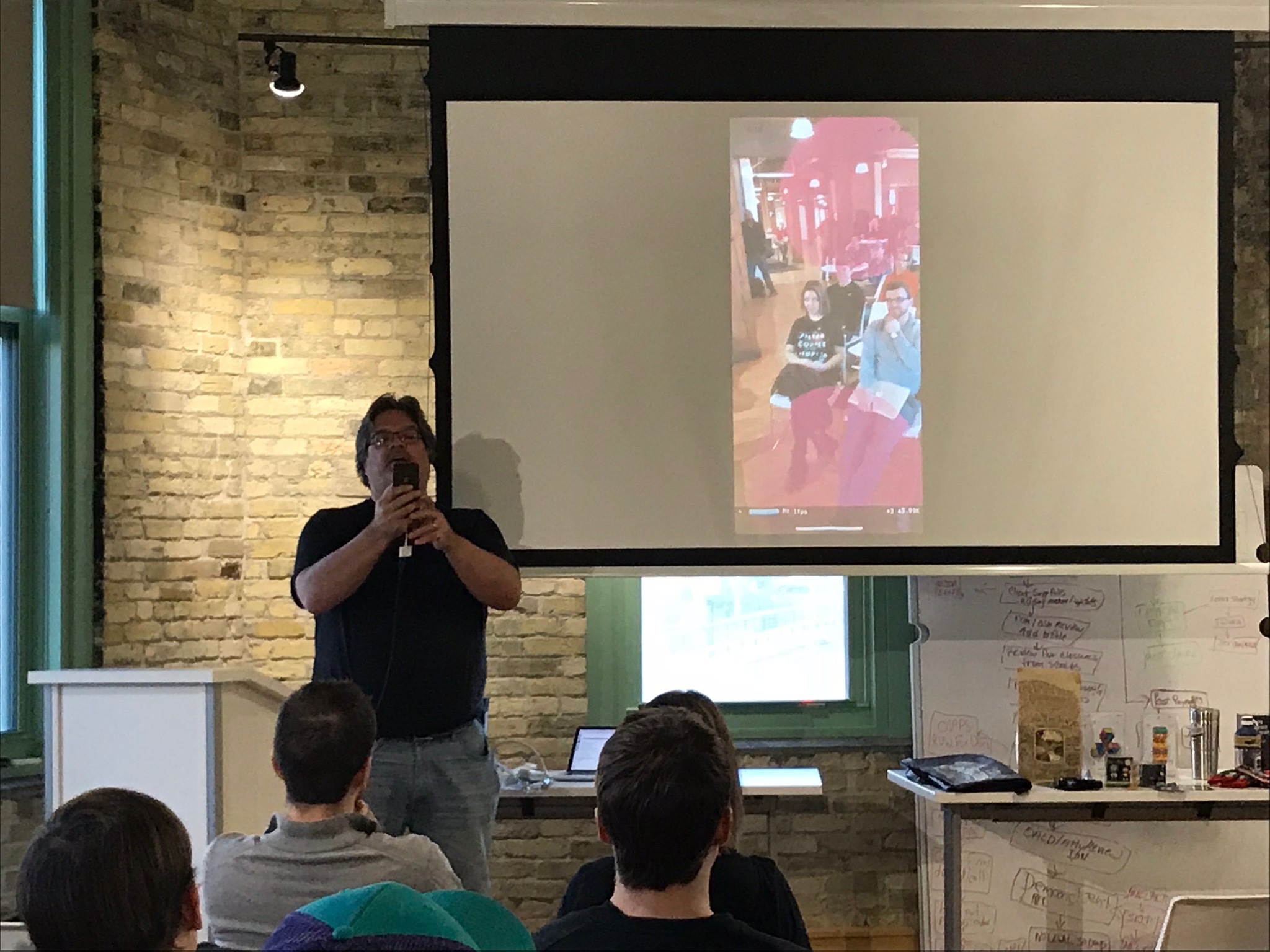 Nora's Bubbles was made by Eric Berna 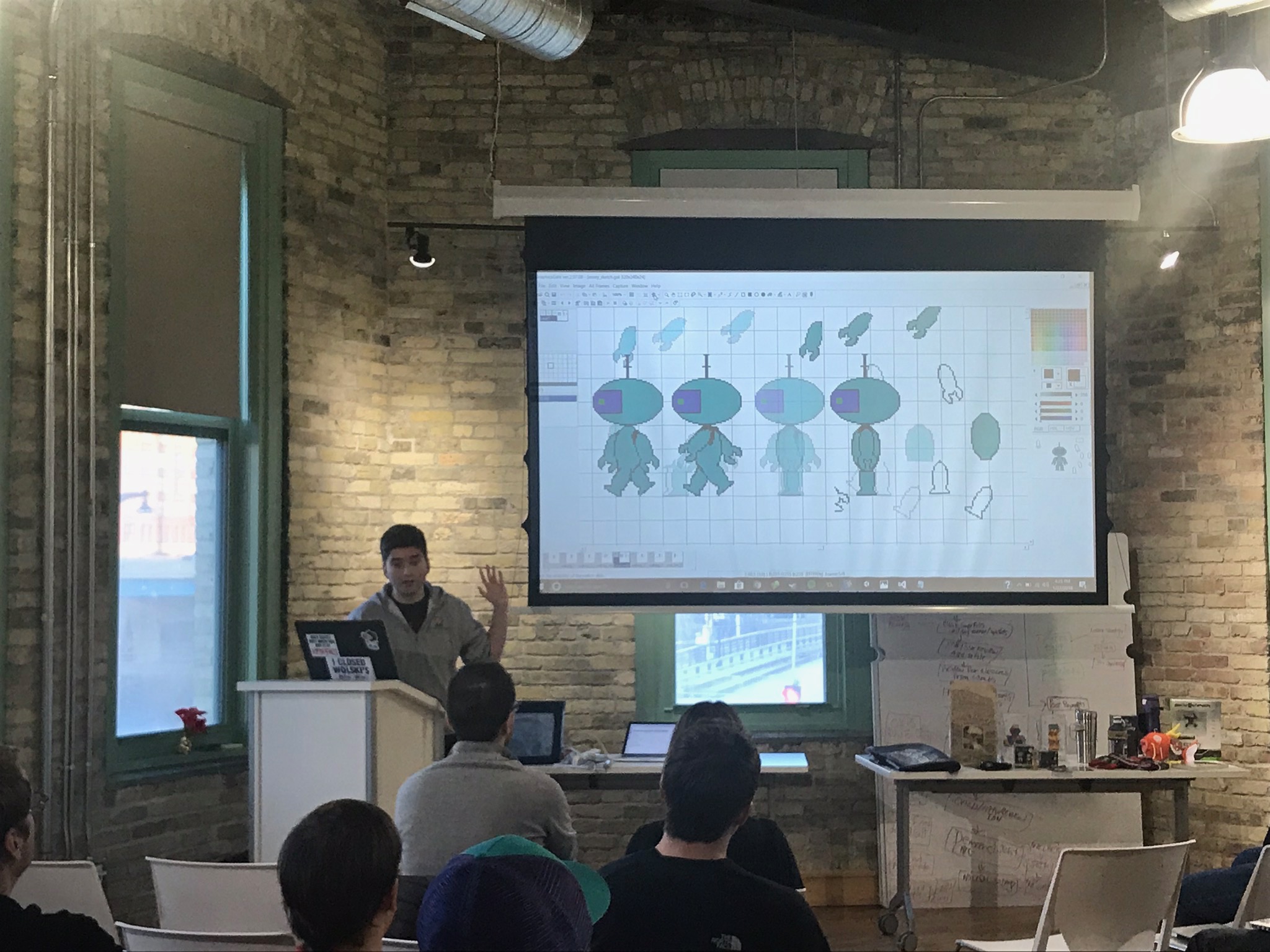 Solar Panel Panic was made by Matthew Martin 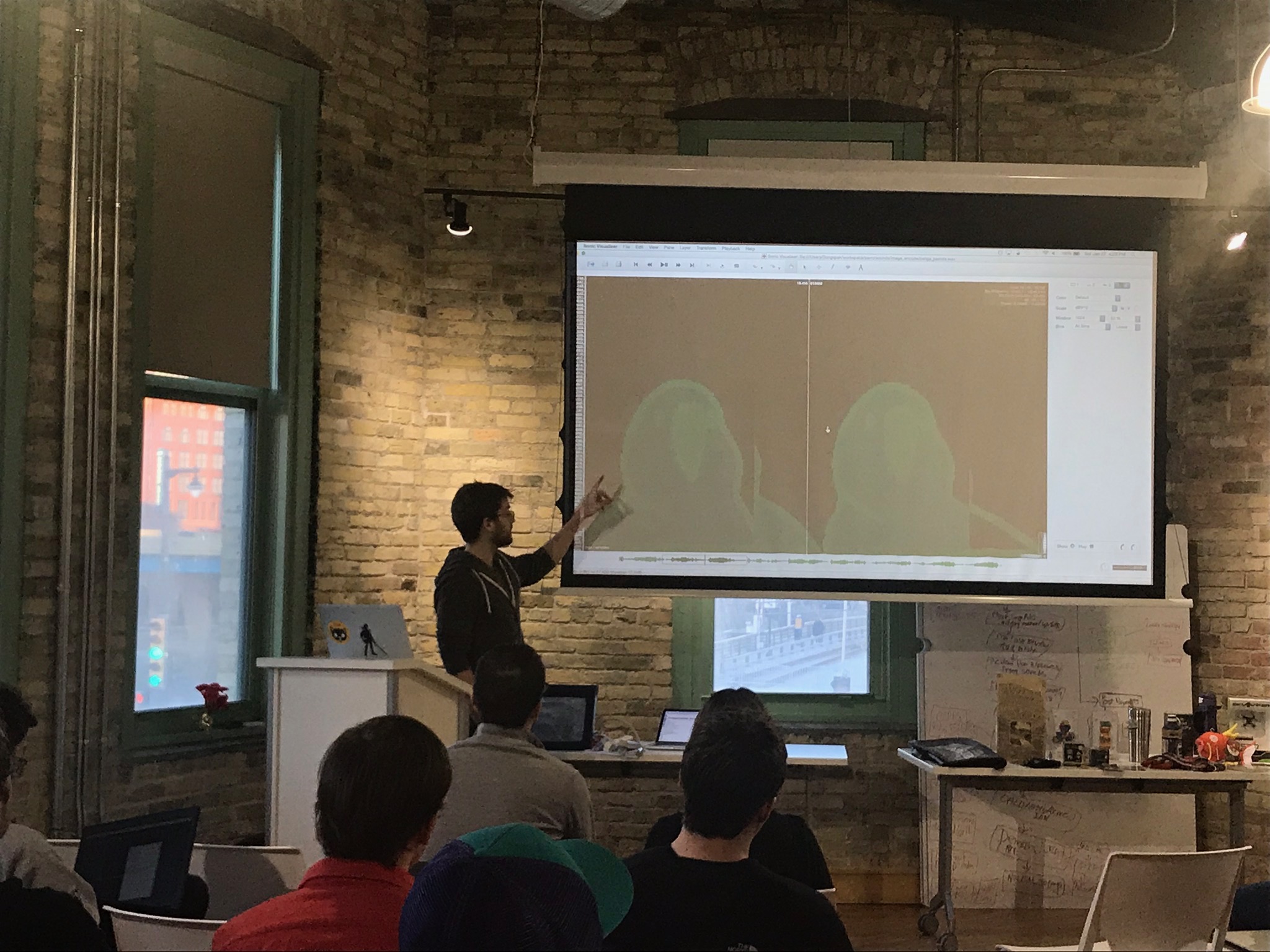 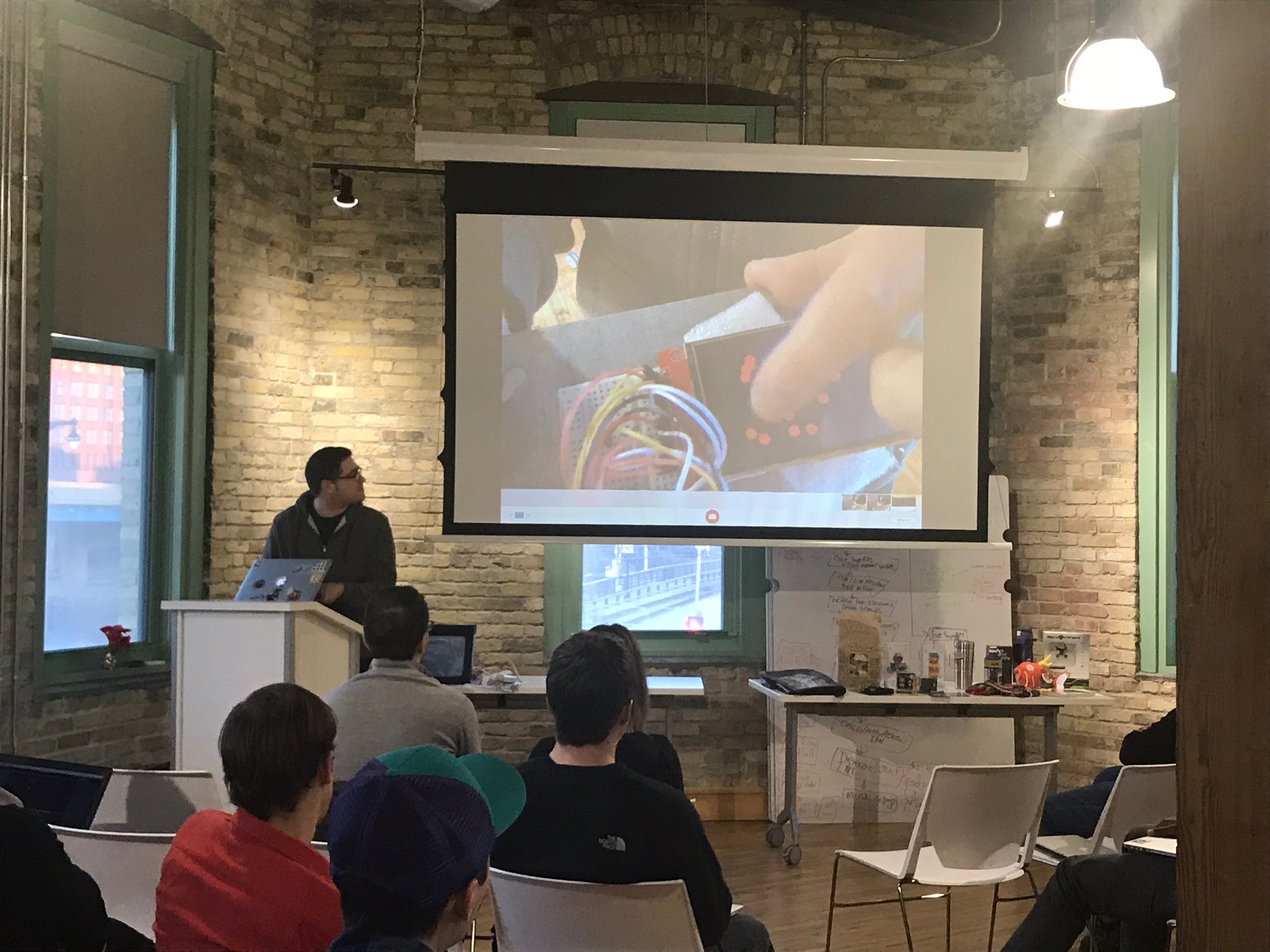 An Etch-A-Sketch, but electronic!

Elect-A-Sketch was made by Andy Glassman 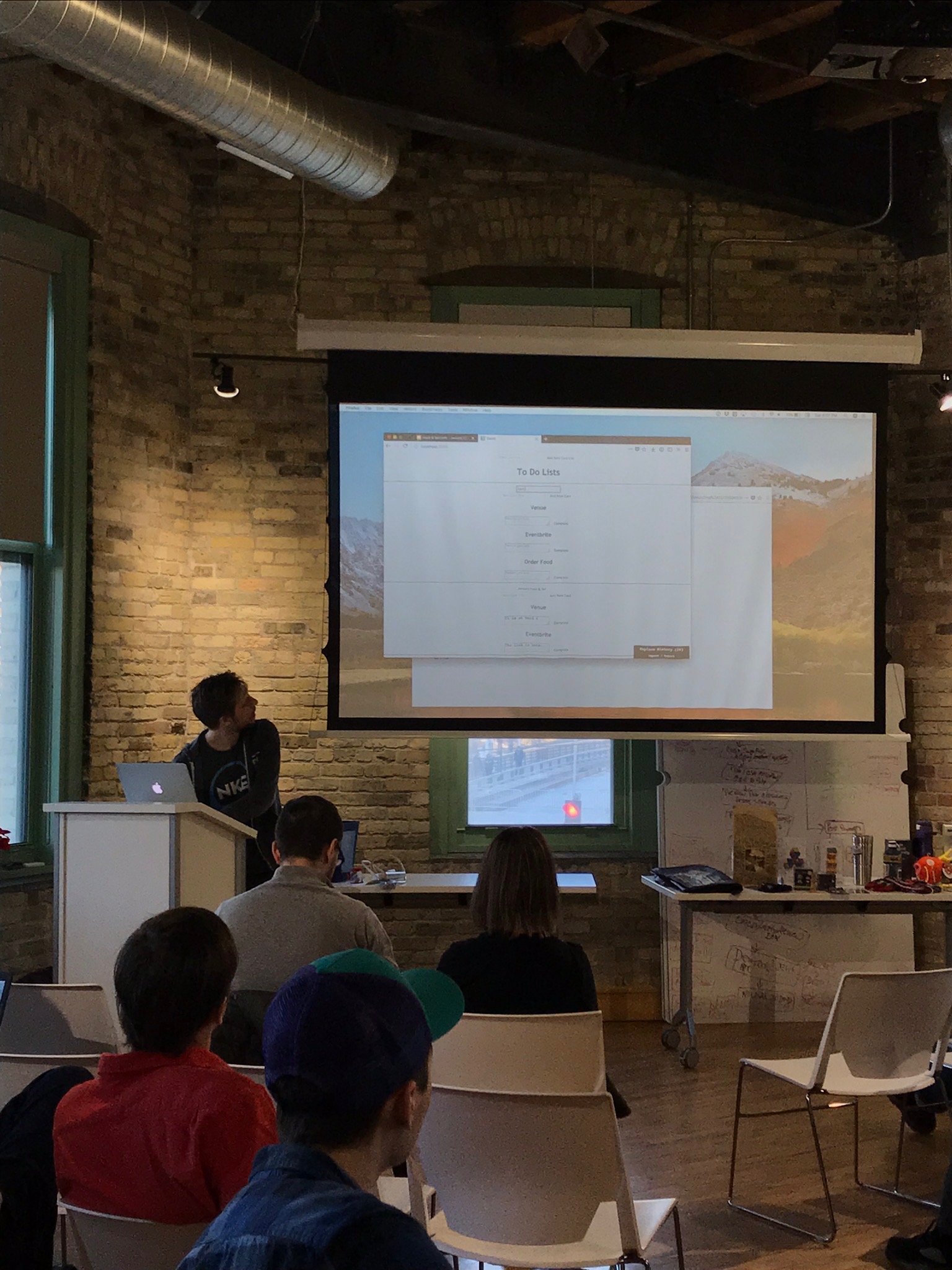 Cards was made by Mitchell Henke

cityAQ was made by Jack Koppa 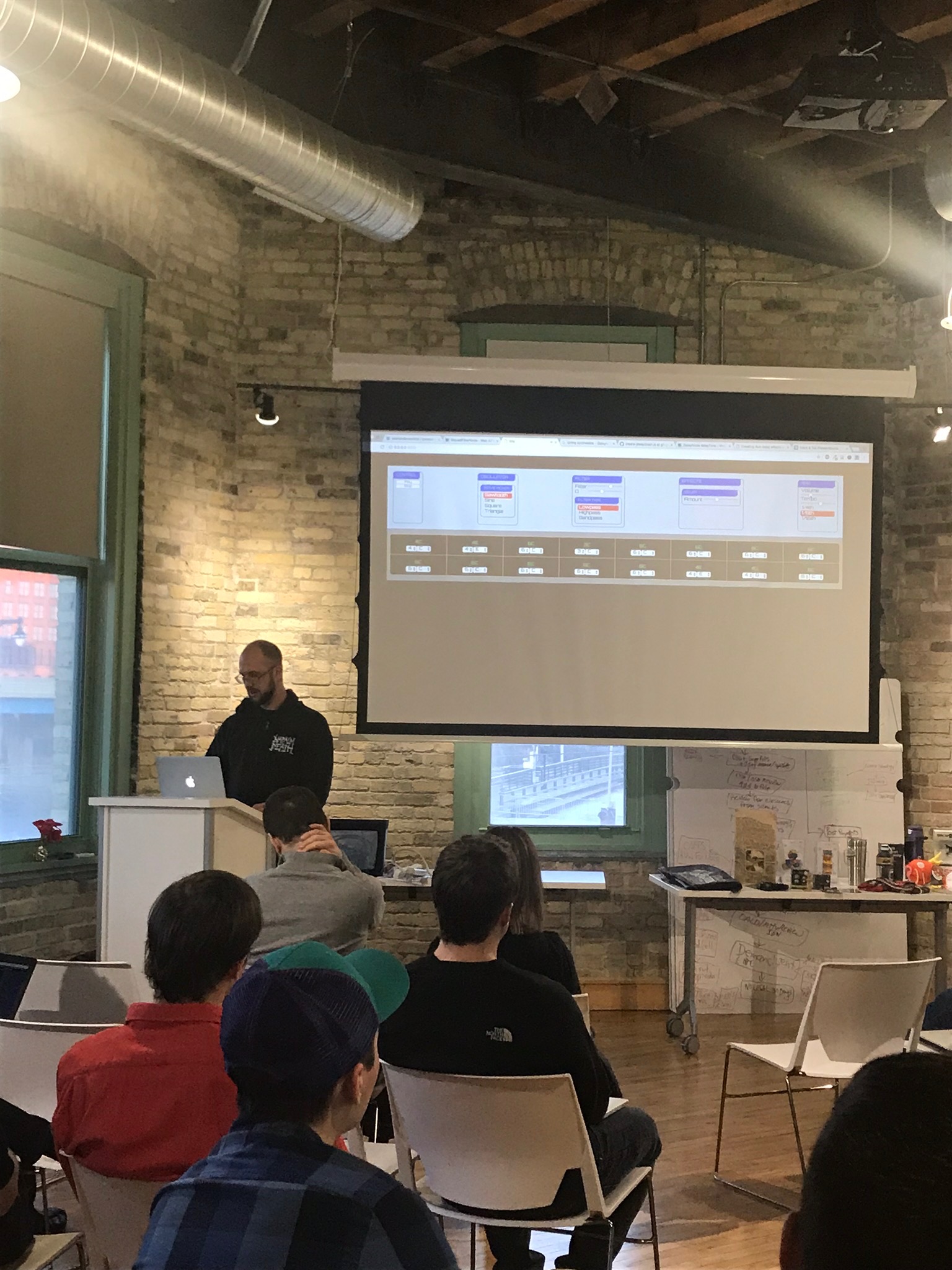 Browser Synth was made by Sean Anderson 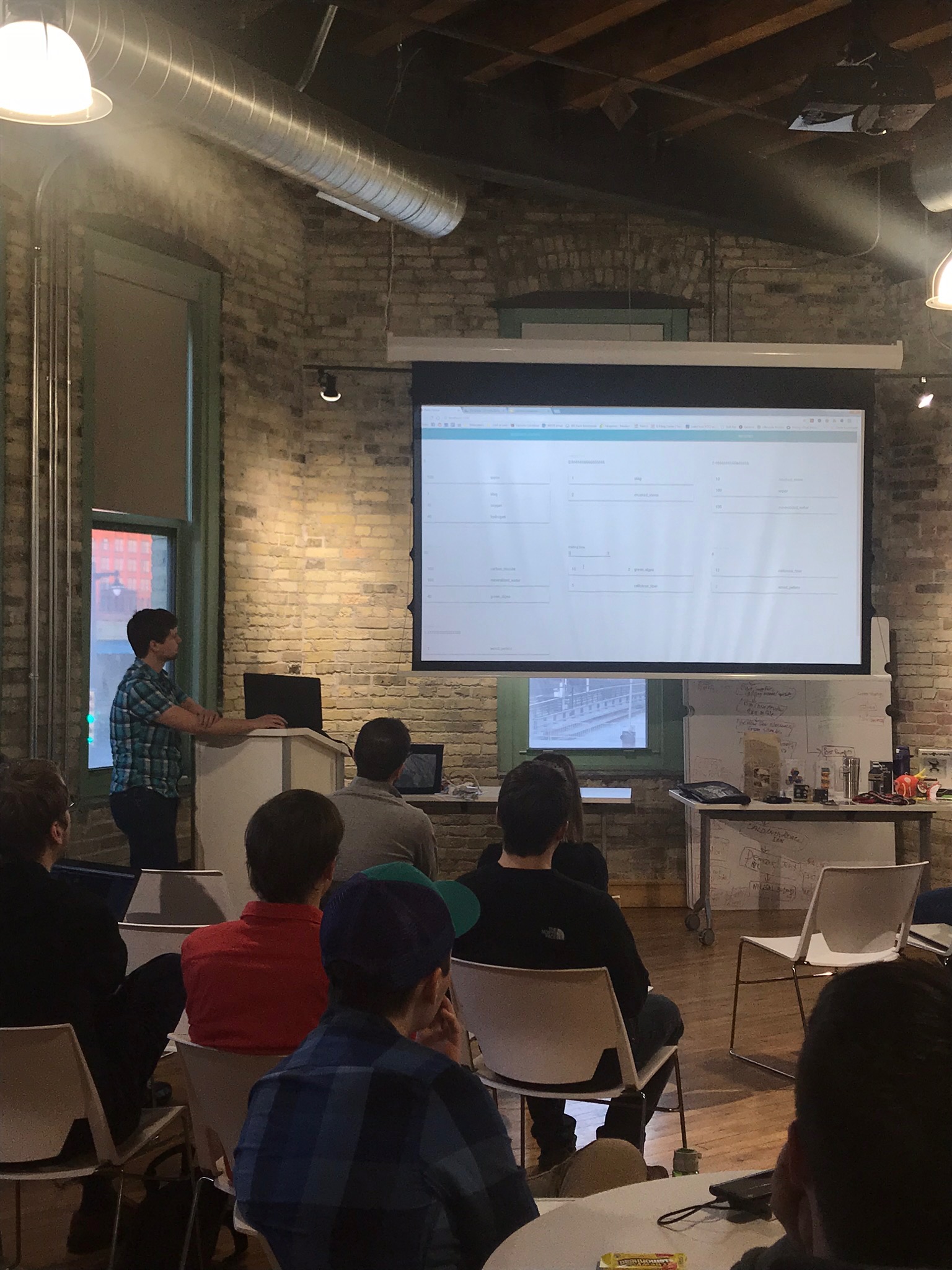 Factorio Calculator was made by Daniel Miller 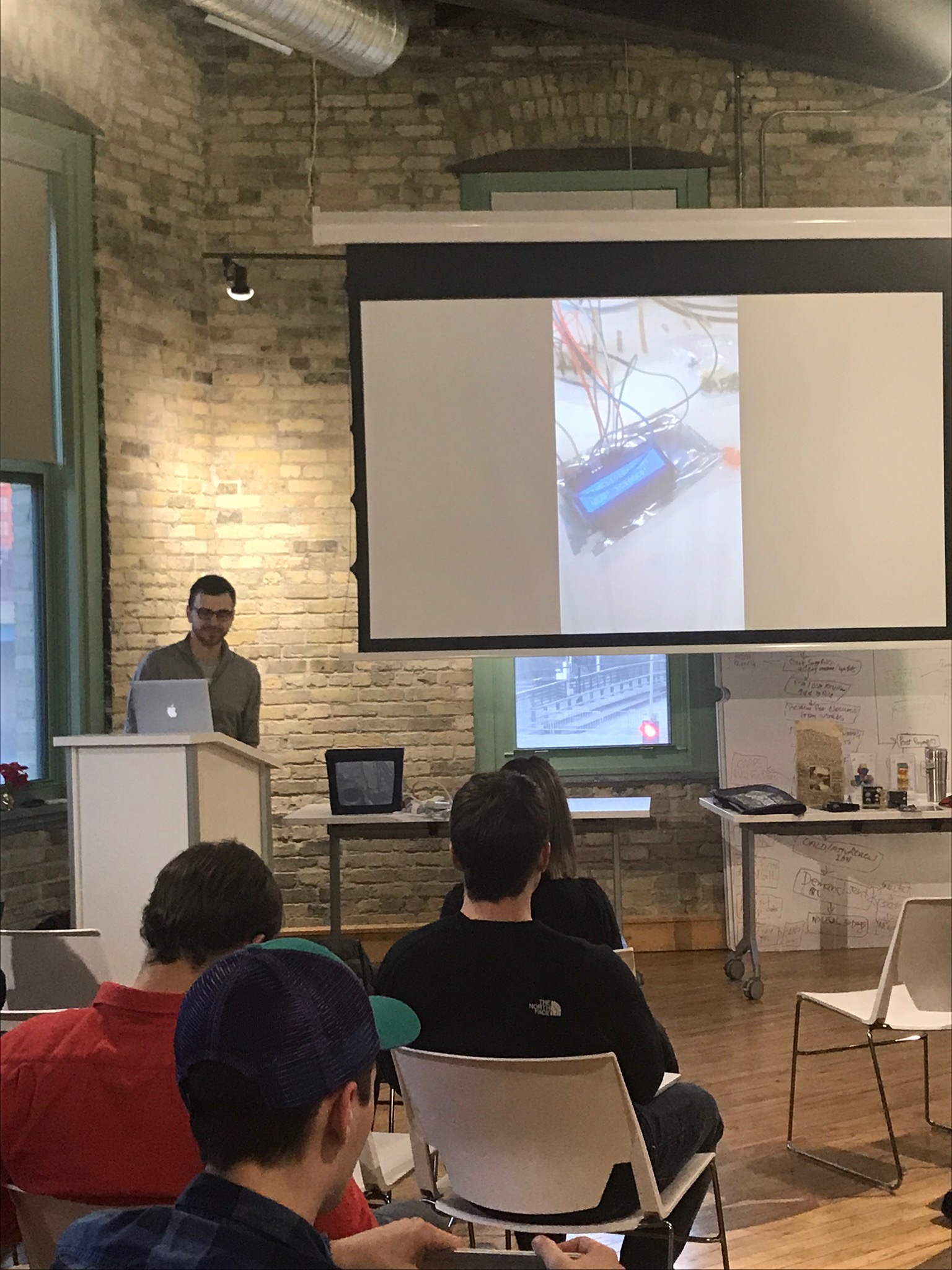 Programmed an Arduino to be an alarm clock that turns on lights at specific times.

Arduino Clock was made by Mike Cymerman

ionic-configurator was made by Josh Holtz