It was a beautiful summer day on July 11th when a pioneering group of programmers decided to sit inside all day and make awesome stuff at the RokkinCat Hack & Tell. We worked from 9am to 6pm to create the 9 projects that were presented. The projects varied widely in scope and domain - we had people making videogames, learning Swift, generating documentation, and learning how to use Amazon AWS and S3.

The event was held in the beautiful Ward4 co-working space, who was generous enough to let us hang out in their space all day. Even better, they have already confirmed that they are willing to let us have our next one there!

Without further ado, here are the projects that got worked on:

This project was built in unity and is a top down driving game with similar rules to sumo wrestling. Players' cars are attached to each other with a super-strong bungee cord, the goal is to jettison your opponent off of the screen. Physics is so much fun. 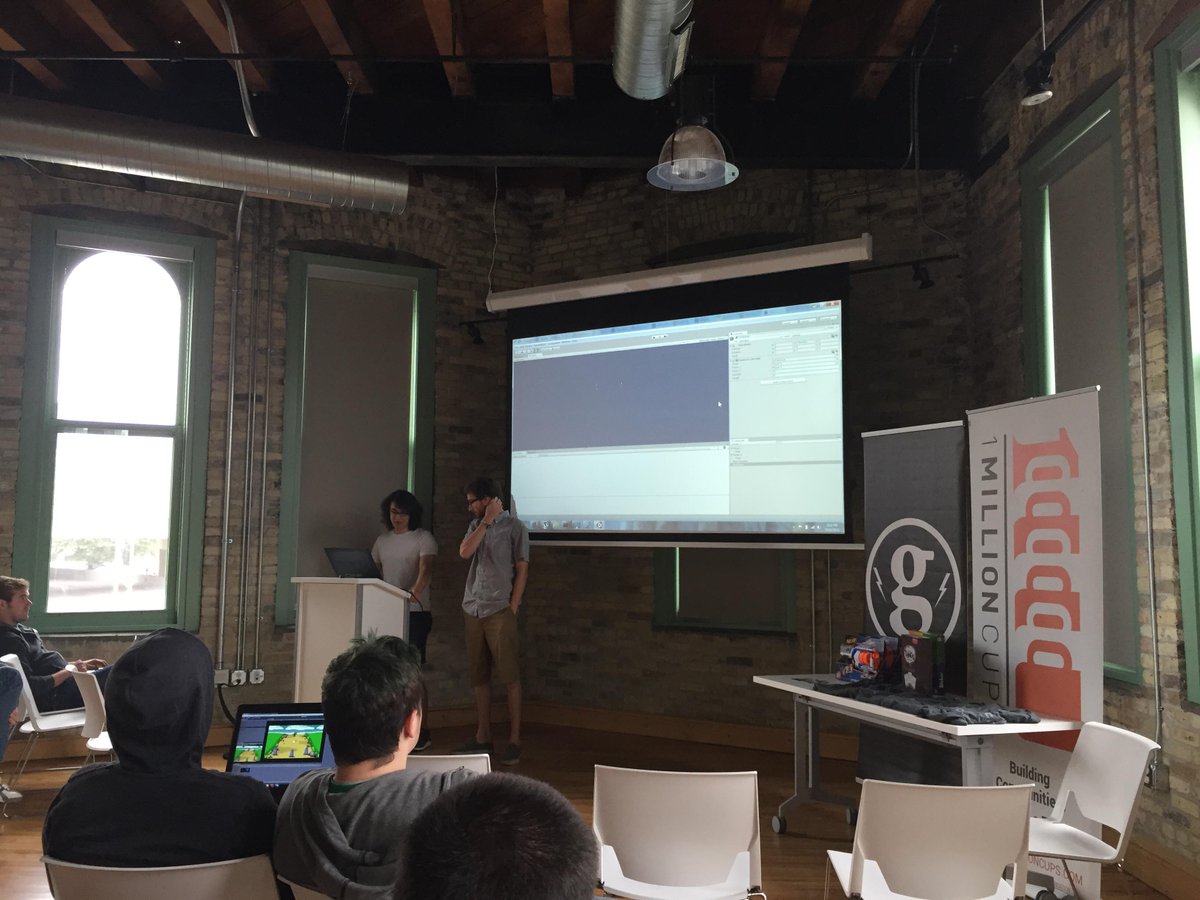 Bungee cars was made by Connor Henke and Ryan Gahart

An amazingly useful chrome extension that allows you to use regular expressions to search for text on a webpage. You didn't realize just how much you needed this. 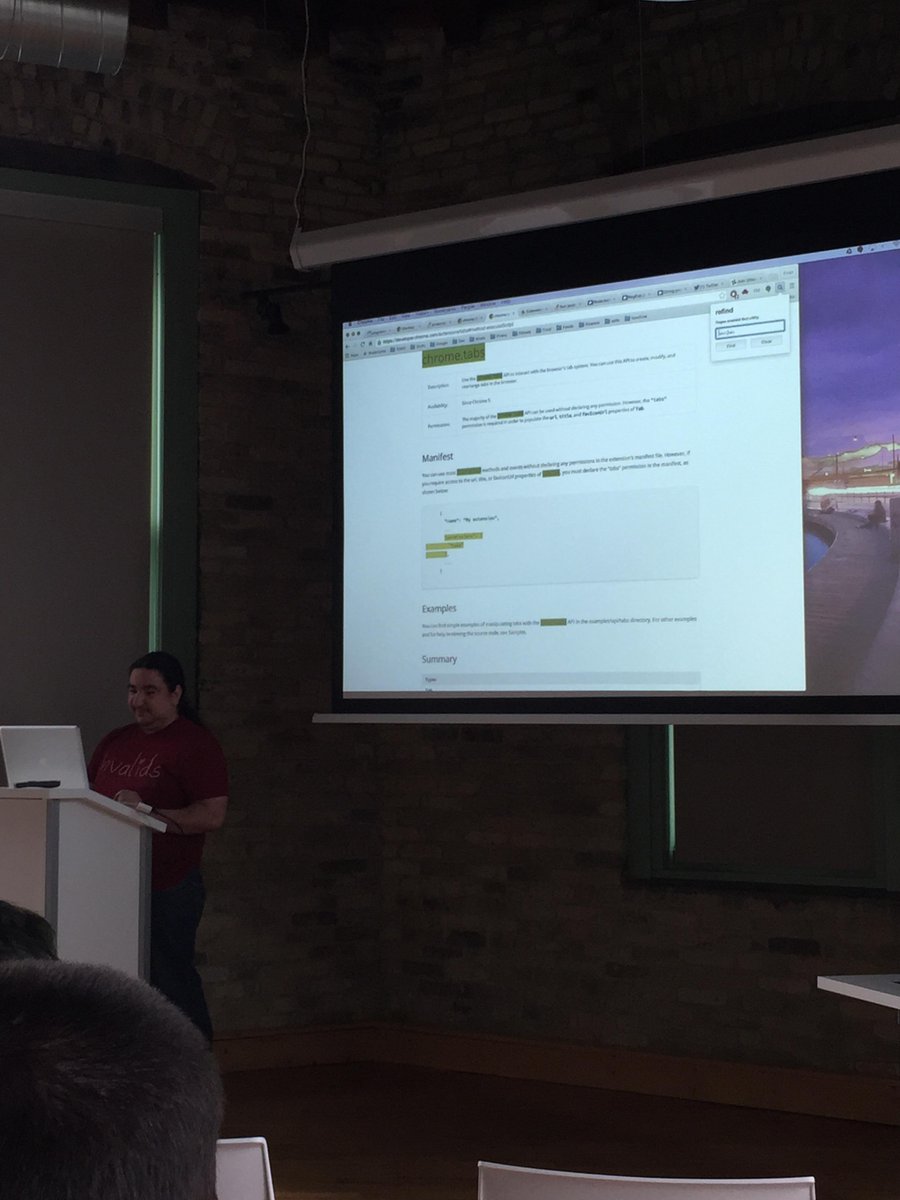 Matthew Martin was hoping to learn how to use Amazon's S3 storage to host a static website, and to have a place to store his Unity game engine tutorials. Well, mission accomplished. 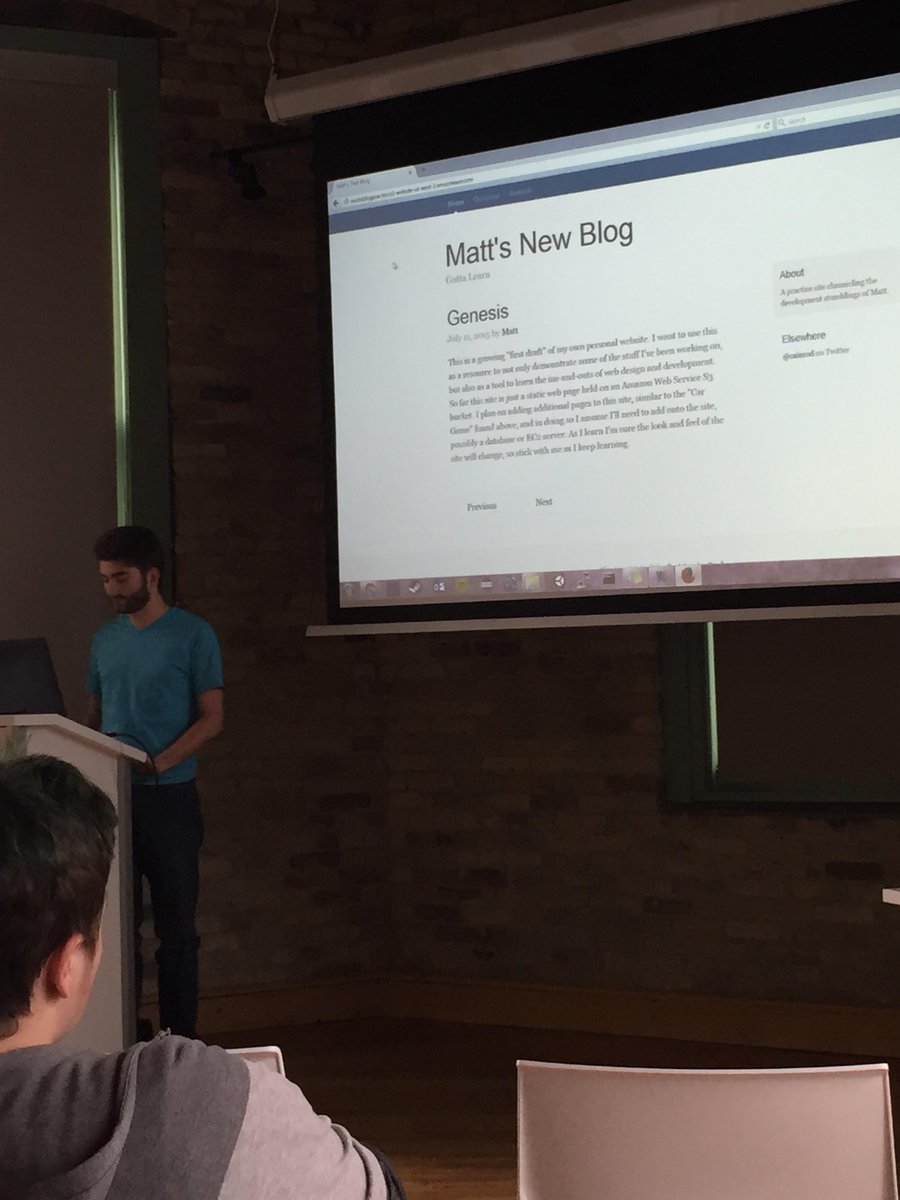 Made by our very own Lyzzi Brooks, QWERTYQuest is a typing defense game - type the word before the monster attacks your castle. Built with the Unity game engine. 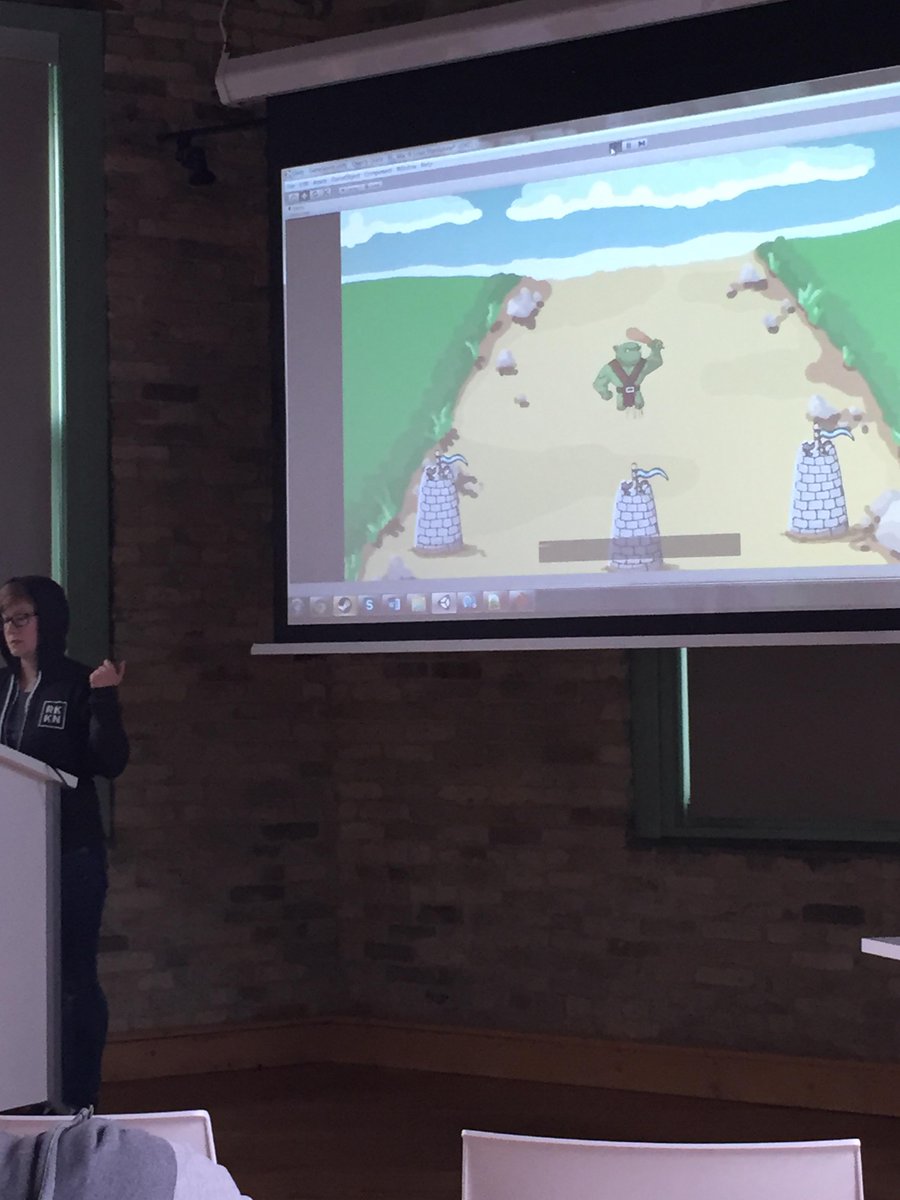 Another game made by one of the RokkinCat crew, Alex Solo made this sim game using meteorJS. The game simulates all of the people in a town and how they interact with each other, each person is a certain amount of good or bad, and can impact the morality of the other townspeople. Put bad people in jail, and make everyone happy! 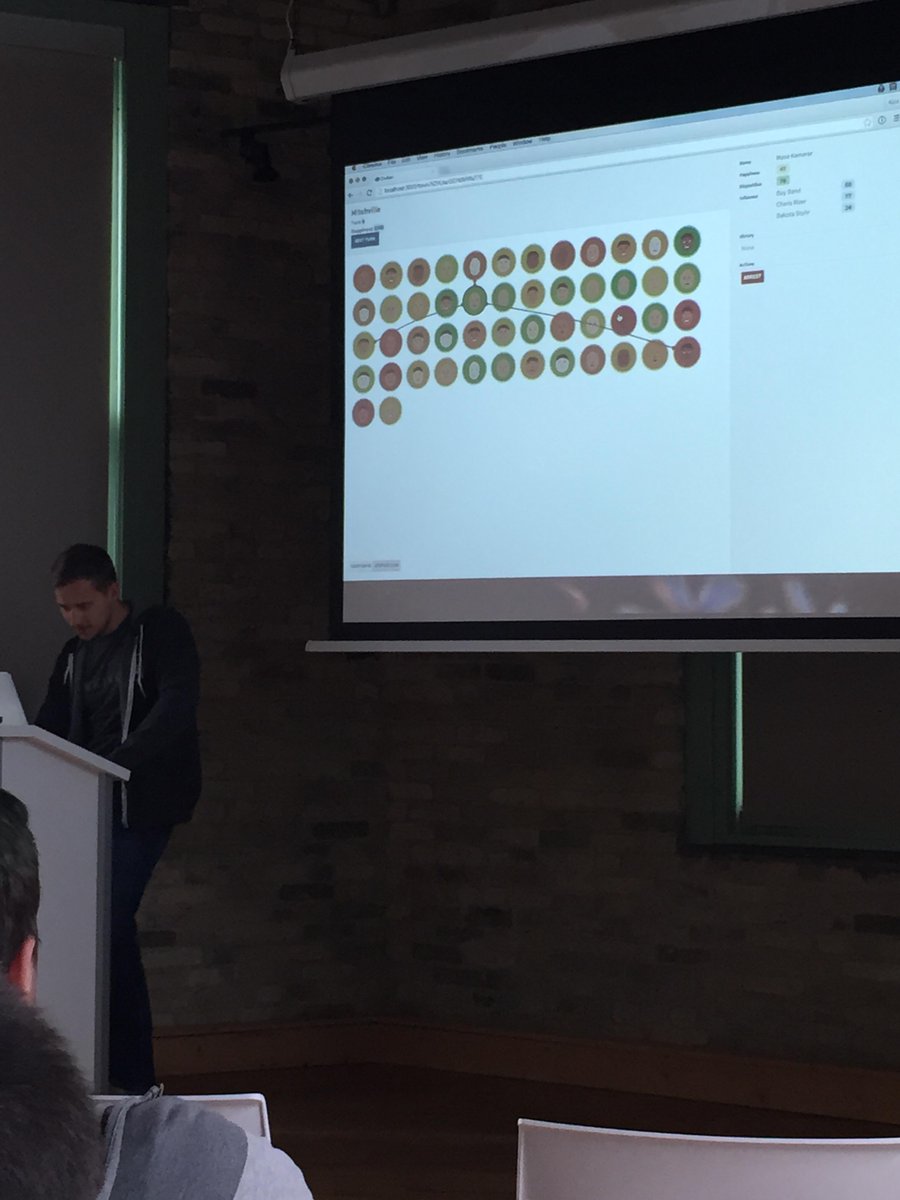 Interact with him on twitter @civilframe to affect his happiness levels

Proving [once](http://blog.rokkincat.com/we-made-a-hack-a-thon-thing-hack-tell-3/# gifmakerthing) [again](http://blog.rokkincat.com/we-made-a-hack-a-thon-thing-hack-tell-3/# photopuller) that naming things is the hardest part of programming, Derek Hanson worked at learning the swift programming language and made a text to speech application for iPhone. Turns out you can make siri say anything you want if you know how to code. 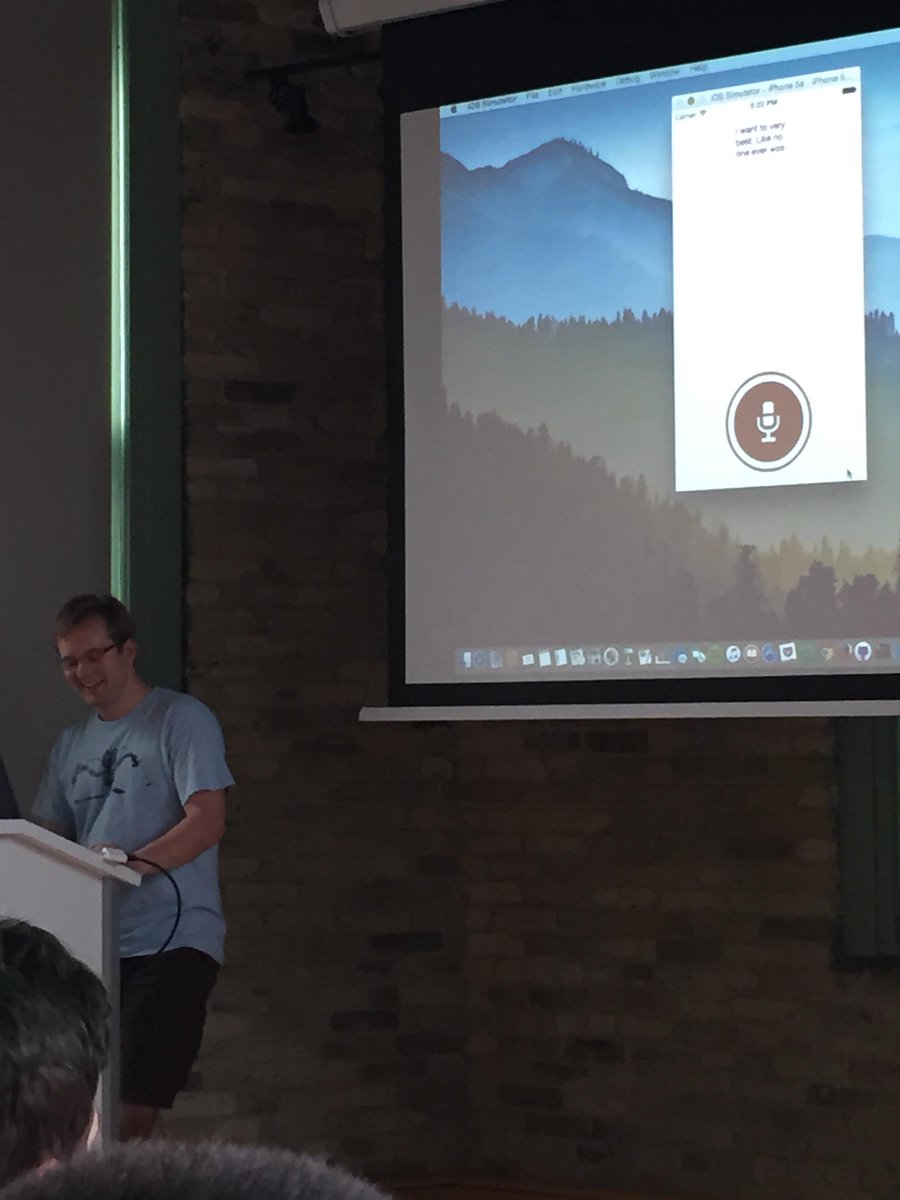 A library which uses python decorators to auto-generate html documentation for your code. Maybe now you'll actually write your docs? 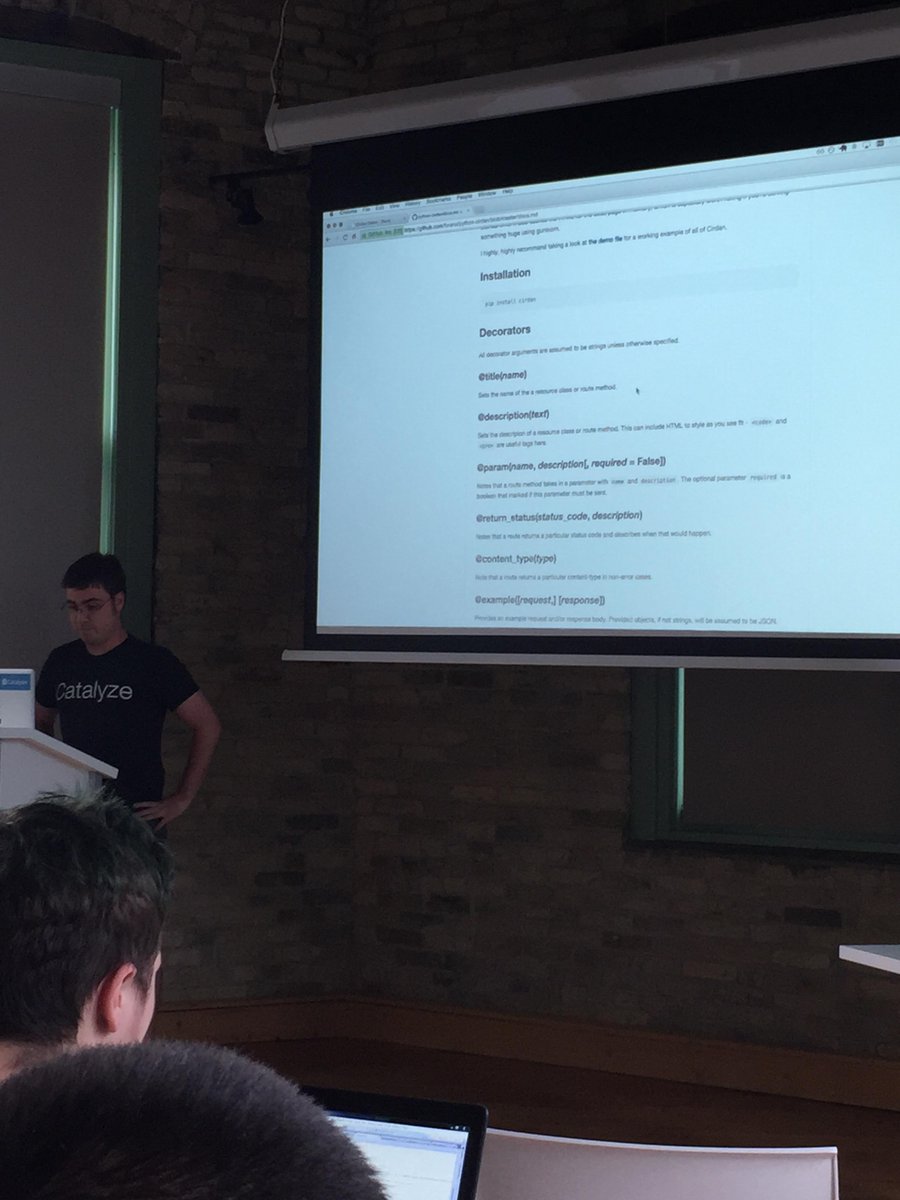