Last Saturday, October 25th, we held our very first Hack 'n' Tell at the PKWARE headquarters in partnership with PKWARE and the MSOE FIRST Collegiate Robotics Organization. The purpose of this hackathon was to hang out and team up with other developers and designers for the sake of making things.

There has been an influx of hackathons in Milwaukee lately but none that focused soley on the process of creating. We wanted to create an environment where developers and designers of all levels could spend eight hours to build anything they wanted without requirements.

A lot of the ideas that were produced would not have made it through a hackathon where the primary goal is finding a successful business model and validating customers. The outcome was even better. Developers and designers were being creative, building, learning, and just simply having fun. We thought the event was successful enough to warrant another one, so if you'd like to help organize or sponsor, please email nick@rokkincat.com.

Here is a list of projects that were presented during our "tell" portion of the event. (If you attended the event and want any of your information changed, please email josh@rokkincat.com)

Space Beards is a blog that features your favorite celebrities with galactic grizz. It's been featured on Mashable and Comedy Central, and to help fans 'spacify' their own face, the Space Beards app was born. Take or upload a photo, choose the beard you want, and size it to your face! Once you're done, share it with the universe on Facebook, Instagram, and Twitter.

Conchordance.com is a unique tool for exploring chord shapes on fretted instruments. Conchordance is built on a powerful algorithm that calculates chords on the fly based on the tuning of the instrument and basic music theory.

A realtime web platform for arguing about anything in a structured format. A judge moderates the arguments and awards points to the participants.

A coffee pot connected to internet. It can turn the coffee pot on/off and says how many cups are remaining, all through a web application. 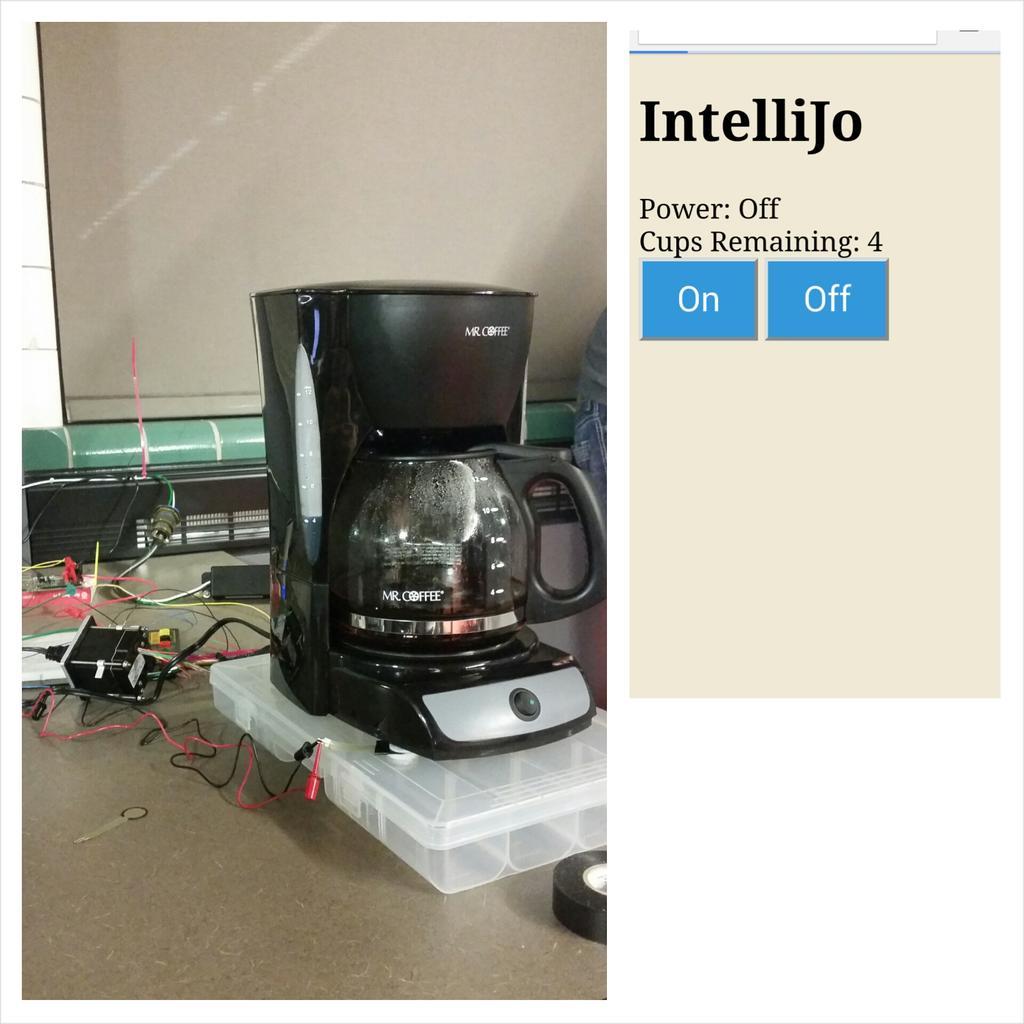 A web application for posting, checking in to, and mapping rummage sales.

A web application where you can set search critera for dancibility, energy, popularity and tempo to generate a playlist of songs on Spotify.

A two-player iOS app on a single device where you tap on your side of the screen to push blocks to other players side of the phone. You win when one of your blocks reaches the opponent's side.

A tool build on Lightweight Java Game Library for animating joints on a body for 3D gaming.

A music-based game where you use the space bar and arrow keys to play the correct notes as they fall from the top of the screen.

A 3D procedural island generator where you can fly around and explore an island with mountains, lakes, and rivers.

Get Off My Lawn

Flashes get off my lawn on the screen when a sensor pad is stepped on. Technologies used: Scanalytics Sensor Pad, Raspberry Pi, Dropbox, WindowsScript, and Node.js

A bitcoin wallet with two factor authentication for spending and what account spending came from.

A single page web application for showing products from Gilt.

A timeline based travel blog for displaying photos, maps, and writings about a trip.

Move a mess of nodes around on the screen through a Xbox Kinect. The nodes will eventually arrange themselves to spell out "Hello World".

We look for small problems that can be solved with highly specialized software tools, then we make those tools for free. We solve problems that are not a big enough market for companies to try and fix. Send us your problem and we'll see if we can help.

Get Off My Lawn